Finding the perfect beer can be a lifelong pursuit. Whether you are looking for that hard to find local craft brew, a special seasonal release, or just something to match the meal you have planned, Cal Mart prides itself on having a remarkable selection of fine craft beers for every occasion. Come visit our store today and see for yourself!

Are You Ready for Craft Beer?

When most people think of Napa Valley and the surrounding area, they usually think of fine wines. And they should.

But what not so many people know is that Northern California is also the birthplace of the craft beer movement across the country!

(From a timeline by the California Craft Brewers Association) While we are quite proud of our selection of wines and our area’s world-class vintner heritage, we are equally proud of our craft beers and the nation’s best craft breweries.

And our craft beer selection reflects that pride with our abundant selection of seasonal, as well as several styles of micro-brews that originate from up and down the West Coast. We also have the privilege of stocking some great local choices out of Napa and Sonoma Counties, including some of the hardest to get “whales”.

(A “Whale”, in craft beer parlance, is the unattainable rare beer.)

In addition, Bombers, 12oz bottles, and craft cans line the shelves of the best craft beer selection in the Napa Valley. Here at Cal-Mart, we also like to think that we offer the best selection of IPA’s. Take a whirlwind trip through our eclectic world of imported brews and you’re sure to find something rare and special that your taste buds are waiting for!

We carry a great selection of Russian River Brewing Company and other great local brews including:

As well as nearby breweries from the Greater Bay Area:

And we also have a great selection of your “standard issue” brews such as Lagunitas, Sierra Nevada, Deschutes, and many more!

For those who crave something a bit different, we have your favorite Hard Seltzers along with some local craft seltzers like Monkey Wrench out of Calistoga.

Our selection features Specialty Ciders from Sonoma County including Dutton Cider from Dutton Estate Winery along with several choices of Hard Kombucha.

Be sure to check our Weekly Deals in the Craft Beer Section! And, if you don’t see it, we can try and get it.

Currently, we have a couple of Gluten-Free beers available with more on the way. Just ask a sales associate to help guide you through our world of craft beer.

Click the button below to see our Facebook album for the newest Craft Beers to the shelves!

With a reputation spanning half a century, Cal Mart is known as one of the finest markets and grocery stores in the Napa Valley and we’ve been serving our community and our visitors since 1968.

Situated near the heart of downtown Calistoga, Cal Mart is conveniently located between Hwy 128 and Napa Valley’s famed Silverado Trail.

As a family-owned and independent grocery store, we have always worked hard to provide an enjoyable, unique, and memorable shopping experience for our customers.

The owners and employees of Cal Mart are dedicated to providing both service and quality, and we share a love of food and a deep commitment to continually serve our customers, our community, and our purveyors.

And it is our long-standing relationship with our community that is a big part of why we are known as “Napa Valley’s Finest Grocery.”

In addition to our amazing selection of craft beer, we can also help you discover other fine food items that are both unique and hard to find, along with a wide variety of local, award-winning wines. So, make it a point to drop in and take time to explore all that we have to offer.

And while you’re here, please feel free to talk with our knowledgeable staff and then treat yourself to a great cup of fresh-brewed Taylor Lane coffee or tea right here in Cal Mart’s Coffee Bar.

At Cal Mart, we are confident that you will always find something that is unexpected, unusual, and uncommon! 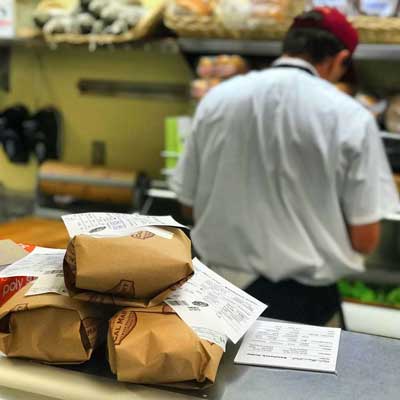 You can visit our Deli and see what’s cooking for today. From Breakfast Burritos, Baby Back Ribs, Roasted Salmon, and the best Mac-and-Cheese in the Napa Valley. Our service counter allows us to provide hand-cut meats, house-made all-natural Pork or Chicken sausages, Bacon, and a fine selection of fresh seafood from around the world. 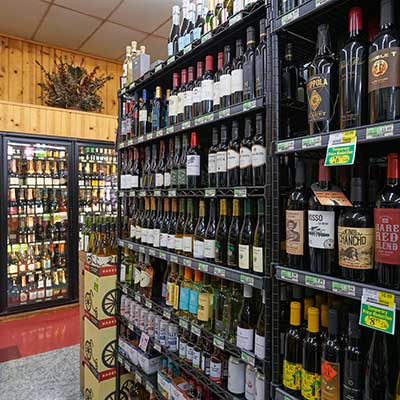 Our endeavor is to reflect a worldly and robust array of wines to please the palate and bring the best wines and winemakers the valley has to offer. Cal Mart’s already extensive produce selection is ever increasing with organic produce choices. We buy from local farmers and support our local community.